WICCI’s Wildlife Working Group investigates how Wisconsin’s changing climate will impact wildlife populations and the habitats they depend on. We bring together managers and scientists interested in understanding and assessing the ecological impacts of modern climate.

The evidence that wildlife populations are responding to modern climate change is now overwhelming. There is strong scientific consensus that environmental tipping points are being crossed and many species are adapting — or failing to adapt — to a rapidly changing climate. For almost half a century, we have experienced rapidly rising temperatures, extreme weather, shorter winters, and earlier springs.

To adapt to future climate change, vulnerable wildlife will have to change their behavior, for example to use different foods or migrate earlier, or move to more favorable habitats. Alternatively, wildlife might evolve to better match this new climate space, but this can take many years and multiple generations.

The loss of snow cover is particularly problematic for many of Wisconsin’s wildlife. A shorter winter with less snow deprives many species of an important protection from extreme winter weather and cold snaps. Seasonal snow cover provides important camouflage for species like the snowshoe hare. A deep snow layer also provides a seasonal refuge for birds like ruffed grouse to stay warm during the winter months.

A changing climate has contributed to the spread of invasive species, and in some cases, increased the risk of disease transmission in wildlife. For example, warmer water temperatures in the Great Lakes contributes to the prevalence of botulism and massive waterbird die-offs.

A changing climate represents a novel pressure for many wildlife communities, and worsens other threats such as habitat loss, pollution, and human-wildlife conflict.

The mission of WICCI’s Wildlife Working Group is to coordinate and share information about climate change impacts and adaptation strategies across the wildlife community and allow wildlife managers and stakeholders to make critical decisions in climate change adaptation.

The wildlife adaptation menu is an extensive collection of climate change adaptation actions for wildlife management, organized into tiers of general and more specific ideas. The menu draws upon an extensive literature review that captured adaptation recommendations from scientific publications.

We call for decision makers to consider how the impacts of climate change stress species that are important as game species, which support the economy of rural Wisconsin, as well as important cultural resources, and the rights of Wisconsin’s 11 Tribes to continue their cultural practices.

We intend to incorporate elements of conservation relevancy into our working group goals.  Broadly defined, conservation relevancy is the notion of enhanced conservation through broadened stakeholder engagement. In the case of the Wildlife Working Group, this could mean engaging with and creating new partnerships with individuals and organizations to advance climate change action and principles that could benefit wildlife and their habitats. 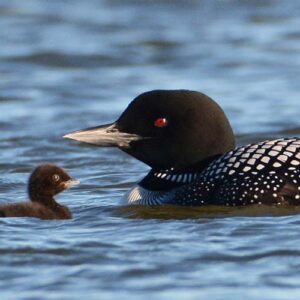 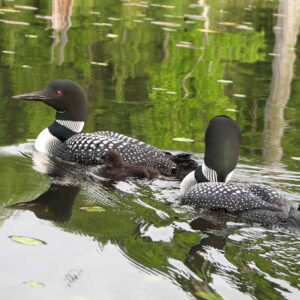 Does climate change threaten the common loon in Wisconsin? 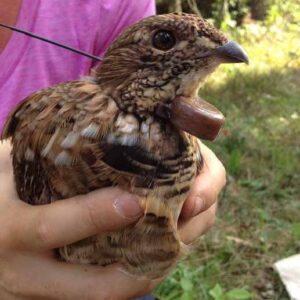 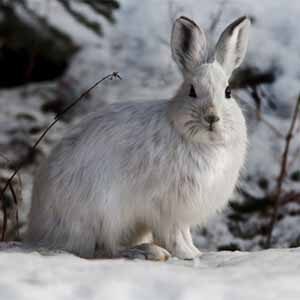 Preparing Wildlife for Climate Change: How Far Have We Come?

A review and meta-analysis of peer-review literature related to terrestrial wildlife management in response to climate change that identifies research trends over time, as well as gaps in research and recommendations that could be explored further.

The Past, Present, and Future Impacts of Climate Change and Land Use Change on Snowshoe Hares Along Their Southern Range Boundary

Wilson, E.C., Zuckerberg, B., Peery, M.Z., & Pauli, J.N. 2020. The Past, Present, and Future Impacts of Climate Change and Land Use Change on Snowshoe Hares Along Their Southern Range Boundary. Biological Conservation 249:108731.

Building on their 2016 work related to shifting southern range boundaries for snowshoe hares, the authors investigated the impacts of local forest conditions on hare populations to identify habitat characteristics associated with decline or persistence. By reducing the scale of their investigation, geographically, this study identifies some specific attributes of hare persistence and colonization in particular patches such as harvest-induced early-successional aspen-alder patches.

This study highlights the fact that even for species experiencing significant stressors related to climate change (e.g., phenological mismatch) there may still be habitat management options available that will help species persist and adapt to future conditions.

Climate Change Effects on Deer and Moose in the Midwest

A review and meta-analysis of peer-reviewed literature related to the impacts of changing temperature and precipitation patterns in the Midwest on white-tailed deer and moose populations in the including habitat changes, physiological effects, pathogen exposure, altered ranges, and species interaction.

A study investigating the impacts of precipitation and temperature changes on breeding patterns and success rates for grassland birds. Findings showed differences in nest success based on the timing of increased temperature and rainfall, relative to the breeding season. Importantly, patch size was shown to moderate the negative impacts of fluctuations in temperature and precipitation, potentially due to an increased availability of microclimate refugia. This finding highlights the importance of large-scale landscape conservation efforts to increase habitat size and connectivity for increased grassland bird persistence.

A study exploring potential drivers of changes in population dynamics for Ruffed Grouse (Bonasa umbellus), an Upper Midwest species in decline. Land use, precipitation, and temperature were all considered as explanatory factors for variability in species survival and reproductive success metrics. Results indicate that increasing variability in winter conditions can disrupt normal population cycling patterns for Ruffed Grouse – particularly in their northern range – and highlights the explanatory potential of incorporating climate projections into population dynamics modeling.

Understanding Climate Adaptation on Public Lands in the Midwest: Implications for Monitoring and Tracking Progress

A study investigating the factors behind population decline (detection probability) and range shifts of the snowshoe hare – particularly related to  southern boundary retraction. Potential drivers explored include historic and project land-use change, forest disturbance, and changes in snow cover depth and duration. Findings revealed a shift in the best predictors for population extinction from reduced forest cover in the past, to climate-driven variables such as snow cover and phenological mismatch.

Barriers to Climate-Adaptive Management: A Survey of Wildlife Researchers and Managers in Wisconsin

Numerous factors were identified that contribute to a climate adaptation knowledge-implementation gap including temporal discounting (the tendency to under-weight the effects of future events) and underestimation of immediate climate impacts on wildlife populations, differences among sectors related to perception of resource or information needs, and mismatches in terms of communication preferences and products.

This study highlights a number of key impediments to immediate action that can be targeted for improvement in all sectors of climate adaptation (research, management, and administration).

An overview of conservation easements (CE) as tools for creating and preserving habitat resilient to climate change. Although easements are popular mechanisms for restricting development, their current structure creates some challenges with regards to climate adaptation including terms that can be constraining for management, conflicting use objectives, and the inability to consistently monitor ecosystem conditions. Alternatives to current CE use are discussed including updated policies, improved consent processes, and tax incentives for active stewardship related to climate adaptation.

A comprehensive 2013 assessment of Wisconsin’s ecosystems and wildlife, and potential direct and indirect effects of climate change on those resources. Specific illustrations, based on three habitat types, are provided to demonstrate species and habitat vulnerability to these effects, and adaptation strategies for management are discussed.