The WICCI Human Health Working Group works to ensure that Wisconsin is knowledgeable about and prepared for the human health impacts of climate change. We use WICCI Wisconsin specific downscaled data to ensure that our tools and resources contain the best available information.

We work on systems, policy, and environmental change to create more impactful, lasting climate- and health-related strategies. We create new tools and resources to continue to better understand the human health burden of climate change in Wisconsin. We enact the Wisconsin Idea, bridging the university with the state and the people of Wisconsin.

The health impacts of climate change are not felt equally by all. Groups more at-risk include communities of color, children and pregnant women, the elderly, immigrant groups, Tribal nations, certain occupational groups, lower income households, and persons living with disabilities or chronic diseases.

When considering climate policy to protect the health of Wisconsin communities, it is imperative that strategies address historical injustices and not exacerbate already existing health equity issues.

Extreme precipitation events have markedly increased in Wisconsin over the last decade. These events are projected to become more frequent by mid-century as a result of climate change, with very extreme rainfalls seeing the largest change. The health impacts of flooding are numerous and include injuries, carbon monoxide poisoning, and drowning.

Flood events can produce increases in bacterial and viral infections and waterborne outbreaks among customers of municipal drinking water systems and recreational users of lakes and rivers. Contamination of surface water with phosphorous and nitrogen may lead to blooms of toxin-producing blue-green algae that can pose a risk to residents, visitors, and their pets.

Average annual temperatures in Wisconsin could increase by 2.5–7.5 degrees Fahrenheit by 2055. Extreme heat is associated with increased morbidity and mortality. Certain populations, especially the elderly and socially isolated individuals, are at increased risk of heat-related death. Air quality degradation due to heat may lead to respiratory distress, and additional airborne pollen may lead to increased asthma exacerbations and other allergic episodes.

Rising temperatures and changing climatic conditions in Wisconsin are expected to create conditions favorable for the creation of air pollutants and seasonal increases in pollen that adversely affect health.

Hotter temperatures and lack of rainfall increase the risk of drought, dust storms, and wildfires, all of which create particle pollution. Larger particles can irritate eyes, nose and throats, and fine particles can get deep into parts of people’s lungs or even in the bloodstream, causing trouble breathing, lung cancer, low birth weight, heart problems, and premature death. People with heart or lung diseases, children, and older adults are the most likely to be affected by particle pollution exposure.

The increased length and severity of the pollen season is leading to potential health consequences for those already affected by allergies and asthma. The increasing amount of pollen may have a greater effect on children, who tend to be more vulnerable to ambient pollen. Moisture from increased rainfall and floods can also lead to increased mold growth that worsens allergies and causes asthma exacerbations.

A warmer, wetter climate could create more favorable conditions from human cases of West Nile virus, carried by mosquitoes, and Lyme disease carried by deer ticks. Changing environmental conditions may also support new mosquito-borne diseases in Wisconsin, and a northward shift in the range of the lone star tick and associated tick borne diseases into Wisconsin.

Whether a changing climate in Wisconsin will increase the chances of domestically acquiring diseases is uncertain due to vector-control efforts and lifestyle factors, such as time spent indoors, that reduce human-insect contact. Infectious disease transmission is sensitive to local, small-scale differences in weather, human modification of the landscape, the diversity of animal hosts, and human behavior that affects vector-human contact, among other factors.

Finer-scale, long-term studies are needed to help quantify the relationships among weather variables, vector range, and vector-borne pathogen occurrence; the consequences of shifting distributions of vectors and pathogens; and the impacts on human behavior.

These recommended solutions are based on the Governor’s Task Force on Climate Change Report. This list is not exhaustive and will be updated as more becomes known. Both climate justice and environmental justice recommendations need to also address health equity concerns.

Action: Support the passage of Wisconsin Assembly Bill 766, introduced in 2020, to require the Public Service Commission of Wisconsin (PSCW) to consider the social cost of carbon in its analysis in decisions about construction of new utility-scale energy generation.

Impact: The Climate Action Plan defines the social cost of carbon as being the damages resulting from climate change that broadly includes human health impacts and flood resiliency.

Create an Office of Environmental Justice

Action: Create an Office of Environmental Justice (EJ) tasked with collaborating across state agencies and engaging a wide range of partners to design climate policies that reduce emissions and pollutants and address the cumulative and deadly impacts of their concentration within these communities.

Action: Integrate processes which empower regional and local units of government to continue adaptation and resilience planning forward. The goal must be to build processes that are iterative and enable communities to withstand system shocks, whether climate, health or economic in nature.

The health impacts of climate change are not felt equally by all. Groups more at risk include communities of color, children and pregnant women, the elderly, immigrant groups, Tribal nations, certain occupational groups, lower-income households, and people living with disabilities or chronic diseases.

Health policy changes need to include opportunities for the communities most impacted by climate change. Policy and planning change should happen on the local level and include health equity and resiliency principles during the planning and implementation process. The Human Health Working Group calls on decision-makers to consider mitigating these disproportionate impacts with improved climate action planning efforts. 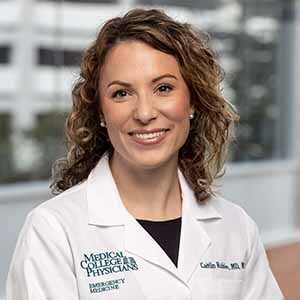 Human health and emergency care during flood and storm events 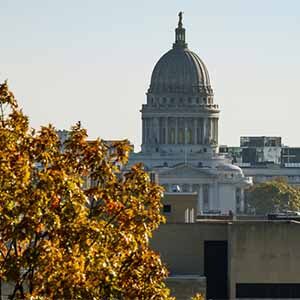 Impact of flooding on the health of apartment building residents in lower income areas of Madison, Wisconsin 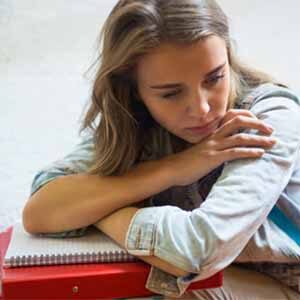 Impact of hot days in schools 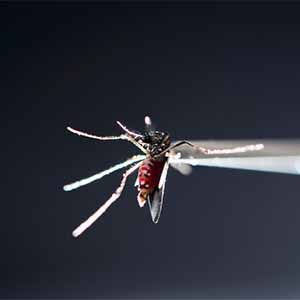 Mosquito-transmitted disease risk is increasing as the climate warms