Wisconsin’s climate is warmer, wetter and we are experiencing more extreme events

Wisconsin’s climate continues to change in ways that are consistent with the projections from the 2011 WICCI Assessment Report. Since the 2011 report was released, all regions of Wisconsin have reported their wettest decade in recorded history. Not only are we getting more precipitation, we are also experiencing more very extreme storm events. Wisconsin is also getting warmer, especially in the winter.

Summary of the Issues

Climate trends over the last decade continue to align with expected climatic changes. The decade from 2010-2019 was the wettest in Wisconsin since records began around 1900. Statewide annual average precipitation during this decade rose to 37.0 inches, a 17 percent increase over the previous long-term average. Warming trends in Wisconsin have also continued, with average temperatures in Wisconsin increasing by 3 degrees Fahrenheit since the 1950s.

Extreme weather has generally increased in frequency and magnitude (including high heat, extreme amounts of rain or snow, high winds, droughts, or extreme cold). For example, heavy daily precipitation events across Wisconsin show a rising trend in recent decades. Days with 1 to 2-inch rain events have increased the most, but 3-inch rainfalls are also increasing. While rare, these events are exceedingly damaging and are becoming more common as the climate warms. In the last decade we have experienced massive events, like the 15-inch rainfall event in Cross Plains in 2018.

All seasons and regions of Wisconsin are getting warmer and wetter, but winters are warming more rapidly than summers and nighttime low temperatures are warming faster than daytime high temperatures. Winter warming has been most pronounced in Northwest Wisconsin (+4-6 degrees Fahrenheit). Winter warming is also reflected in fewer extreme cold periods (below 0 degrees Fahrenheit). Cold periods have been getting less common, and this trend is predicted to continue.

Our winters are also getting wetter since 1950. Winter precipitation has increased by over 20 percent since 1950. Rain events during the winter are particularly concerning because water that falls on frozen, bare ground is more likely to carry runoff that worsens water quality. The southern two thirds of Wisconsin are experiencing the biggest increase in precipitation. Even so, Northern Wisconsin also experienced extreme rain events in 2012, 2016, and 2018.

The Climate Working Group analyzed Wisconsin’s projected climate under two different future climate scenarios, based on a mid-range and high-end estimate of future greenhouse gas emissions. By mid-century, both the high and middle range emissions scenarios suggest that average temperatures in Wisconsin will be about four to six degrees warmer compared to our baseline climate conditions at the end of the 20th century (our recent past).

Further into the future, the emissions scenarios diverge dramatically and show a difference of six degrees between each other by the late 21st century. Each additional degree of warming will intensify the climate impacts described in this report. These scenarios illustrate the importance of reducing green-house gas emissions in order to avoid the worst consequences of climate change.

By mid-century, under a mid-range scenario for greenhouse gas emissions, statewide average temperatures in Wisconsin are projected to warm by 2 to 8 degrees Fahrenheit above the late 20th century average. To put this in perspective, the warmest years in Wisconsin’s history were 1998 and 2012.

By the middle of the 21st century, Wisconsin’s average temperature should be similar to those years. Seasonally, by mid-century, our winters will probably continue to warm more than summers, and nighttime low temperatures will likely warm even more than daytime high temperatures.

The issues and impacts produced by this changing climate are already being felt and will become more drastic as the climate continues to warm. 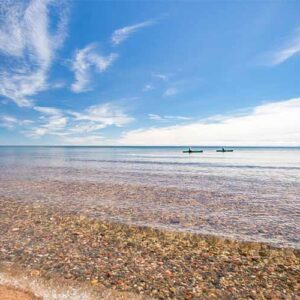 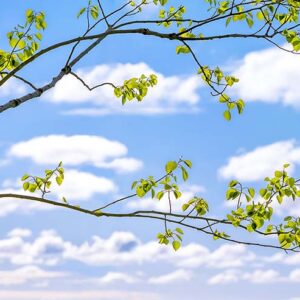 Climate Change in Wisconsin since the 2011 Report 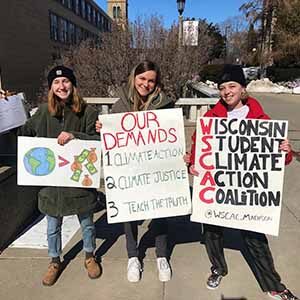