For Wisconsinites, the dangers of climate change are getting close to home. The last two decades have been the warmest on record in Wisconsin, and the past decade has been the wettest, resulting in changes to the ecology of Wisconsin’s Great Lakes basin.

A report from the Wisconsin Initiative on Climate Change Impacts (WICCI) shows that climate effects such as water-level fluctuations, changes to water temperature and lake mixing, and ice-cover changes are impacting water quality and lake habitats.

Home to over 3,500 species of fish and wildlife, Wisconsin’s Great Lakes basin provides drinking water, recreation, and livelihood to more than 34 million people. As the lake levels rise and fall, coastal habitats expand and shrink naturally — but rapid changes in Great Lakes water levels, extreme storms, and longer wet periods are increasing flooding along coastal shorelines. These changes are affecting both habitats and structures built along the lakeshore. Coastal beaches are eroding away. Invasive plants are displacing native plant communities in coastal wetlands.

The increasing frequency of extreme precipitation events and warming waters in lakes are also leading to more microbial contamination on beaches and increasing the risk of potentially toxic blue-green algal blooms. In 2018, extreme storm events elevated nutrient levels along the south shore of Lake Superior for months, fueling major algal blooms along the shoreline.

While Green Bay has been experiencing algal blooms for decades, it is a concerning new phenomenon in Lake Superior. Runoff into the Great Lakes from extreme storm events also brings contaminants with the potential to move through the food web into the fish that are an important part of the diet for fishers from Tribal Nations, Hmong populations, and other subsistence fishers.

Changes in air temperature influence the amount of ice cover, water levels, clarity, and chemistry associated with fish habitat. As the water temperatures rise, cold-water fish will likely move into northern and deeper parts of the lakes, opening up more thermal habitat for cool-water fish like walleye. However, changing precipitation patterns could potentially lower their growth rates and damage their spawning habitats. A continuing trend of decreasing extent and duration of ice cover on the Great Lakes can increase erosion, which could affect fall and winter fish spawning beds as well.

But hope isn’t lost. The WICCI Great Lakes Working Group recommends solutions to make Wisconsin’s coasts more climate resilient, including actions like restoring native vegetation, increasing tree canopies, and more. There is hope for the future — but it’s up to us.

This article is part of a series highlighting the contribution from each WICCI Working Group for the 2021 WICCI Assessment Report. 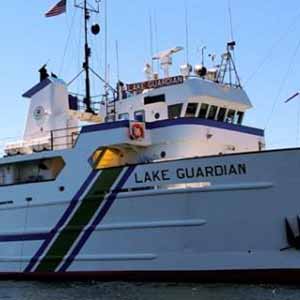 Afloat in the middle of the storm 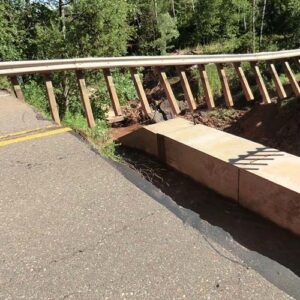 Nothing gets your attention better than Mother Nature nearly killing you 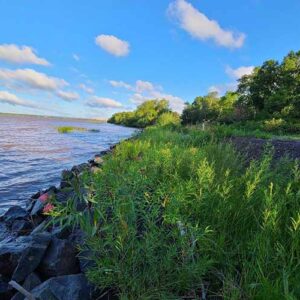 The Wisconsin Initiative on Climate Change Impacts (WICCI) is a statewide collaboration of scientists and stakeholders formed as a partnership between UW–Madison’s Nelson Institute for Environmental Studies and the Wisconsin Department of Natural Resources. WICCI’s goals are to evaluate climate change impacts on Wisconsin and foster solutions.